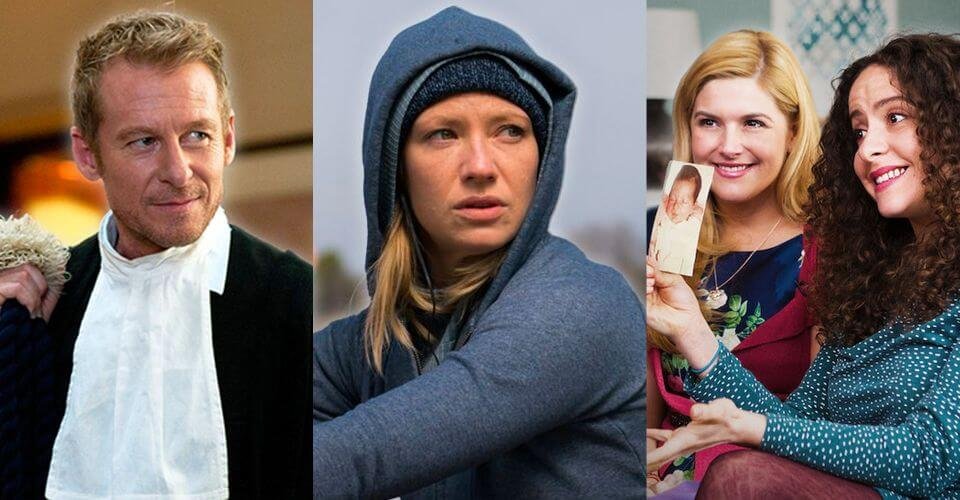 TOP 5 AUSTRALIAN ACTORS WHO SUCCEEDEED IN U.S MOVIES AND TELEVISION

Making a career and reaching that height of success and fame in the movie and television industry is definitely not a walk in the park. There are many people born in the US looking to start an acting career struggle and find it difficult to make their mark in Hollywood.

Here is a list of the top 5 Australians who made a successful career in the film industry as actors:

Blanchett was born in Melbourne, Australia in 1969. She graduated from the National institute of Dramatic Arts in 1992. She started her acting career in Australia taking up roles in Electra and Hamlet for theatre. She made an international breakthrough when she portrayed the role of Queen Elizabeth 1 in the dramatic packed period film, Elizabeth.

She then ventured out to act and gain recognition in more blockbuster films like Aviator, Blue Jasmine, Lord of the Rings, Curious case of Benjamin Button, Cinderella, Indiana jones, Thor, and Ocean’s 8 to name a few.

She debuted in Broadway in 2017, for which resulted in her receiving a Tony award nomination. Among her accomplishments, In 2001, the Australian government awarded Cate Blanchett the Centenary Medal and Time magazine in 2007 named Blanchett to be one of the most influential people in the world.

Hugh Jackman is a famous Australian actor, producer, singer and philanthropist. He was born in 1968 and graduated in 1991 with a degree in communications from University of Technology, Sydney.

He is globally recognized for his role as Logan/Wolverine in the Marvel universe X-Men series with a very strong enduring fanbase. In addition, he also holds the title for ‘The longest career as a live-action Marvel superhero’ in the Guinness World Records.

Jackman has been nominated and won many reputed awards in the film industry for his work since the start of his career. He is one of the few actors who has received a Grammy Award for ‘Best Soundtrack Album’ for the musical, The Greatest Showman in 2017. He has a charming personality, and for this he had been chosen a total of four times to host the Tony Awards.

As a philanthropist he is voices his support to Muhammed Yunus and is a long-time follower of Microcredit. He is also a global guider of the Global Poverty project to which he has even narrated the documentary.

The beautiful academy award winning actress, Nicole Kidman is an Australian born in America. She started her acting career in Australia in 1983. She had her major breakthrough in 1989 with her role in Dead Calm. She later debuted in Hollywood in Days of Thunder co-staring with ex-husband, Tom Cruise.

From her numerous blockbuster films, Kidman won an Oscar for her role as Virginia Woolf in the drama film, The Hours. Nicole Kidman has been in television roles as well and won Primetime Emmy Award for Outstanding Lead Actress. She went on to be the founder for Blossom Films, a production company in 2010.

Time Magazine has listed her to be one of the 100 most influential people in the world. She is ranked 5th on the list of Greatest Actors in the 21st Century by New York Times in 2020. She has been a Goodwill Ambassador for UNICEF and UNIFEM since 1994 and 2006 respectively.

Robert Taylor is a well-known Australian actor who has accomplished working on many films and TV series in Australia, UK and America. He was born in 1963 Melbourne, Australia. He later graduated from Western Australian Academy of Performing Arts.

At the age of 21, Taylor worked at an Oil rig and met with an unfortunate accident where the ships collided. Escaped on a life boat with a broken arm and ribs, Taylor recovered in the hospital and came across an ad for auditioning for drama school in Perth at WAAPA and joined after a auditioning successfully at the age of 24.

Taylor began his acting career in the year 1988. He is recognized for his leading role as Walt Longmire in the A&E/Netflix Tv crime drama series Longmire. His big break in Hollywood was when he played the role as Agent Jones in ‘The Matrix’ franchise and for starring in the blockbuster hit action thriller movie, Vertical Limit in the year 2000.

He married producer Ayisha Devies in the year 2017 after being together for 16 years. He co-founded a farmer’s market called Veg Out in St Kilda, Victoria.

Russell Crowe is no stranger to anyone. He is a very famous actor, musician, singer, and filmmaker. He is also the co-owner of the NRL team, South Sydney Rabbitohs since 2006.

He began his career as a musician in the early 1980’s under the stage name Russ Le Roq. Crowe’s intention was to apply to National Institute of Dramatic Art, but later was advised it would be a waste of time to learn the things he already knows and has been doing.

He started his acting career in 1986. His major international breakthrough was in the year 2000 for his role as Maximus in the blockbuster historical movie, Gladiator. For this he won an Academy award and many others for Best Leading Actor and about 10 nominations for the same category.

Crowe later then successfully starred in versatile roles from a musical drama, Les Miserables in 2012 and Biblical drama, Noah in 2014. He is recognized for his countless roles in award winning blockbusters including having a star on the Hollywood Walk of Fame.

There are a number of Australian actor and actresses who have debuted in Hollywood. Some, have made it to the top and became successful in showbiz. Surely it wouldn’t have been an easy journey to embark upon, but now almost the entire globe identifies these celebrities.