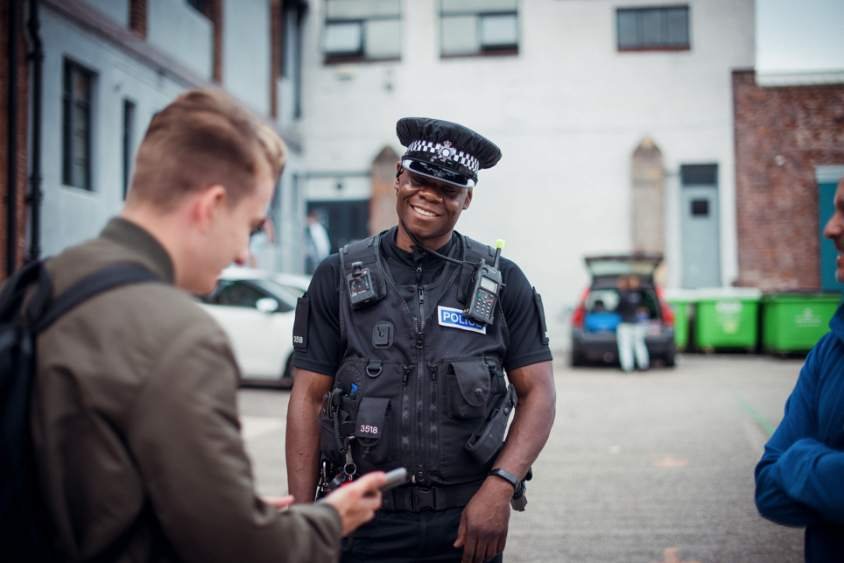 Do You Need Qualifications To Become A Police Officer?

They are the first people you call when you have an emergency, have been the victim of a crime, or have seen something illegal happen. It is also unlikely that you will get through your life without speaking to them at least once; the police.

Police are the glue that holds society together and in recent years, across the world, they have suffered from lower staff levels than many people are aware. Meaning it is harder for them to fight crime when as a society, our population is growing. So, there have been calls for more people to join the police service and for more young people to train as cadets.

This, however, has led many people to question if you need a qualification alongside formal training to become a police officer?

In this short guide, you will be introduced to what is involved in becoming a police officer, the skills required, and how certain qualifications may be more helpful to launching your career in the police than you may have thought.

What Does A Police Officer Do?

Many people are becoming aware that there is more to being a police officer than simply arresting people.

There is a lot that these skilled professionals do and so they need quite a lot of training in the practicalities of policing, along with soft skills such as empathy, communication, and psychology.

But what does being a police officer involve? Generally, this role includes documenting crimes, reporting crimes, and taking statements from victims and witnesses, while also being responsible for filing this paperwork for later assessment. You may be called upon to interview crime suspects and victims during investigations.

Of course, there is the side of police work that most people are familiar with; arresting suspects, processing them at the station, and carrying out stings on drugs and criminal dens. If you train as a police officer, you will also be expected to patrol certain areas to ensure that there is no illegal activity occurring, and to ensure that everyone in that area is safe.

Depending on where you are located, you may be required to patrol national borders and guard government facilities. You will also need to respond to public and domestic disturbances, which may or may not be the result of someone calling the police.

Now, with a vague overview of the job description out of the way, what do you need to be a police officer? Firstly, there are skills that can help you to become a police officer that you can learn with a criminology degree and others that you learn on the job. Almost every successful police officer is able to remain calm and in control, even in the most difficult and emotionally challenging situations.

Next, you will need to be able to think on your own feet and will need to know which protocols are relevant in each given situation that you are faced with. You will need to have top-notch observation skills and will be able to predict (some of the time!) when you feel a situation is going to spiral or when it will cool down on its own. You will need to be able to emotionally distance yourself from the role or else you may burn out. This is a tough skill to master but can be taught with training and therapy. Remember, as a police officer, you will be faced with many emotionally challenging scenarios, which may revolve around abuse, so in order to preserve your own well-being, being able to put some emotional space can be beneficial.

As mentioned earlier, a lot of the skills you need to become a police officer are taught during basic training, and others are developed on the job.

If you are looking to become a police officer in Canada, the qualifications and minimum requirements will be different from those applying for the same role in the United States.  Are there any qualifications needed to apply? A few, but it is unlikely to be what you think is needed!

At first glance, to apply to the police service in Canada, you need to be a Canadian citizen or a permanent resident of Canada. You need to speak fluent English and/or French languages, as many places in Canada have high numbers of French-speaking citizens.

In relation to qualifications themselves, all you need as a minimum basis to apply to the police service in Canada is a high school diploma or an equivalent. Remember, this list will differ depending on which part of Canada you are located in and if you intend to work in the United States as a police officer, you will be required to undertake any additional training based on the state you move to.

If you are looking to stay in Canada and apply to the Vancouver Police Department, or VPD, then it is required that you are also trained in first aid. This division also prefers candidates who are proficient in a second language as well as have a degree in any area.

So, as you can see, there are no hard and fast qualifications required if you want to train as a police officer in Canada. But, there are definitely some qualifications that can help you secure your position on a police training course.

Criminology is the scientific study of criminal activity, criminals and the motivations for criminal behavior. For obvious reasons, this is a big plus when it comes to applying to the police service!

If you have undertaken a degree in criminology, you will have spent 3 years researching and learning about the motivations for criminal behavior, ranging from peer pressure to differences in brain structures. You will also be able to understand why some crimes are more prevalent than others, as well as understanding why certain crimes are more widely reported than others. You will be familiar with the basis of the law, and will usually have an outlook that matches that of the police service. If someone has broken a law, there is a reason behind it, irrelevant of what the crime itself was, and this person should be rehabilitated, not punished.

A degree in criminology will also teach critical thinking and will usually involve an area dedicated to statistical analysis, which can be very beneficial in a police department. In fact, many chief inspectors, sergeants and detectives in Canada have an undergraduate degree in this very area.

For many of the aforementioned reasons, psychology is another area of study which can be beneficial when you are looking to become a police officer. Unlike criminology, however, psychology tends to focus more on the diagnosis and identifying features of mental illness which, as a police officer, you are almost guaranteed to come across in your line of work.

Biopsychology also focuses on areas related to drugs, both legal and illegal, and will teach you how to spot when someone you are apprehending is inebriated. This area also focuses more on counseling skills and building empathy, which is certainly a skill that many successful police officers have. Like criminology, psychology degrees also contain statistical aspects, which can once again be beneficial in policing.

Law and politics are an area that can be a bit broader than the aforementioned ones, but they can help you to understand what it is that you will represent as a member of the police service.

The law is always being updated, which can make studying for a law degree feel like a waste of time. However, in instances of historical crimes, a law degree can be useful when you are investigating a suspect, as you will likely have insight into the laws that were in place when the crime occurred. Knowledge of the fundamentals of politics can also help with the prediction of crimes in certain areas, such as being able to predict how a group is likely to react to a new president or governor getting elected.

In short, you do not need any hard qualifications to become a police officer, as this is a job that is more dependent on skill sets than exam results. But it is worth noting that when you are training to become a police officer, you will need to sit exams and pass assessments, so having a few years of experience doing so under your belt can’t hurt.

As mentioned before, having training in certain areas can be more beneficial than others. Criminology allows you to better understand the people that you will apprehended, as well as allowing you to better predict their chances of reoffending. It also allows you to become familiar with crime scenes, and the protocols that surround securing them. Psychology degrees can help you to develop your softer skills, such as better communication, empathy, compassion, and of course, the ability to read body language and facial expressions. If you studied a joint degree in both criminology and psychology, then you will likely have a lot of the skills needed to be a successful member of law enforcement in Canada.

All You Need To Know About CIBIL Score