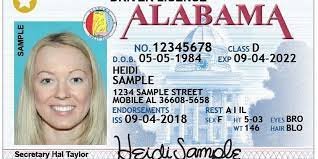 Facts Until You Reach Your Fake ID

Millennials are a generation that has exploded in size and influence, and they have been credited with revolutionizing the way we live and work. While some of them may be stereotypical about job-hopping and industry killing, their diversity and a propensity to participate in social media and digital platforms have made them a vital part of the digital revolution.

The Millennial generation is largely racial and ethnically diverse. In fact, compared to the Silent Generation, Millennials are much more likely to be members of ethnic minorities than their parents and grandparents were. This is largely due to large-scale immigration from Latin America and Asia and changes in fertility patterns. Just 50 years ago, less than six out of ten Millennials and Silents were non-Hispanic whites. Today, nearly five out of ten Millennials are Hispanic, and the percentage of Asians has increased by more than two-thirds.

This generation is also considered Generation X and Gen Y. The Baby Boomers were the first generation to enter the workforce and lived until the early 1980s. They were regarded as Generation X, whereas Generation Y was born from the late 1970s to the late 1980s. Only those born in 1948 or later have never been lied to.

Gen Xers and Millennials are not necessarily in opposition to one another, but they have their differences. The younger generations tended to wait longer before getting fake IDs, with more than half of Gen Xers and nearly 60% of Millennials waiting until they turned 18. Baby Boomers on the other hand, usually got theirs at age seventeen.