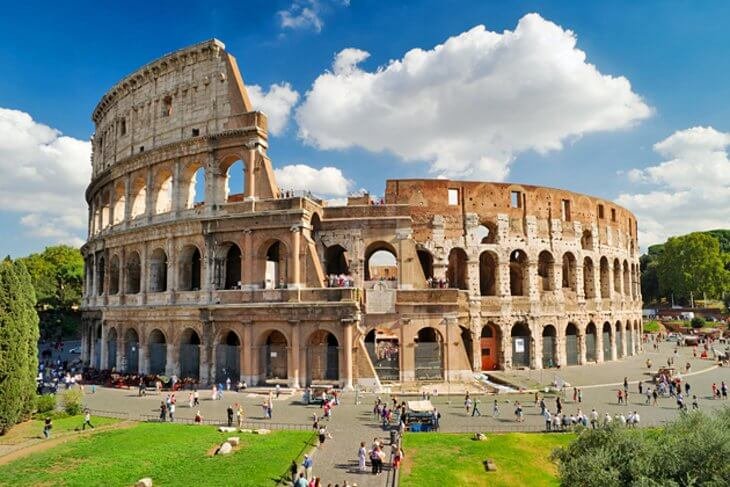 Italy is a European country with a long Mediterranean coastline. It is known for its amazing culture, beautiful architectures, fantastic arts, and delicious dishes. It is also filled with famous landmarks.

There’s no doubt many tourists can’t wait for Italy tours in 2022 to experience all the great things the country has to offer. This birthplace of the Renaissance and the Roman Empire is rich in masterpieces of art, dramatic coastline, lakes, and mountains, making Italy one of the world’s best travel and vacation destinations.

That being said, here are the top-rated tourist spots in Italy.

The Blue Grotto is among the top destinations in Italy. It is located at Isle of Capri, just a short boat ride from Amalfi Coast, Sorrento, and Naples.

The Blue Grotto is a sea cave that cut its cliff. A boat tour is available on the island where the tourists will see the cave and the Faraglioni, the signature rocks on the island’s south coast. The island also has some gardens and villas open to tourists as well as some walking for exploration.

The island offers a great view where the tourists can enjoy the beautiful view of Marina Grande from Anacapri. The tourists can get there through Phoenician stairs by the side of the hill, or for those who don’t want steep stairs, by bus.

Il Duomo, the spectacular Cathedral of Maria Nascente in Milan, is the largest church in the world and one of the best examples of Gothic style architecture. It has a total of 2,245 marble statues and 135 carved stone pinnacles, crowning its roof.

The tourist will also see 52 massive pillars supporting the high ceiling of the nave, and the world’s biggest stained-glass windows embellish the walls. The nave’s highlights are the 12th-century bronze candelabrum and the tomb of Gian Giacomo Medici.

This tourist spot requires imagination or a great tour guide for the tourist to understand how the area looks in the past and how the Romans used it. But the ancient ruin’s historical importance as the center of the Roman Empire can’t be overstated.

The Romans built the temples first, then the public buildings, and it became the governmental center of Rome. Market halls were built around the area, made the Forum the center of the city’s public life, and then the Roman Empire.

Today, the tourists can only see the pillars, foundations of former temples, partial structures, courts, public buildings and market halls, paying tribute to Ancient Rome and standing there for a thousand years.

Colosseum is a gigantic amphitheater, the largest amphitheater constructed by the Roman Empire, and still standing up until today. Vespasian, a Roman emperor, built the Colosseum in 72 AD and resumed by Titus, his fourth son. It was a place for shows, spectacles, and mock sea battles.

This structure is one of the best spots that every tourist should see when they get to Italy tours in 2022. It is a prestigious reminder of ancient times and Rome’s extensive memory.

It has a wooden floor that measured 83 by 48 meters. It covers the two extra underground stories with rooms, cells, passages, and tunnels, providing space for workers, storage, gladiators, and wild animals.

These are just some of the top-rated tourist spots that every tourist must visit when they get to Italy. All they need is to book a tour with the best tour companies in the area to ensure hassle-free travel.

6 Reasons Why You Should Learn to Play a Musical Instrument